3 November 2017  in the Chamber of Commerce and Industry of the Russian Federation an international symposium “Ethics in Higher Education” was held, in which russian and international experts in the field of higher education took part. In particular, the event was attended by representatives of the Globethics.net Foundation, covering countries such as Switzerland, Germany, Thailand, Indonesia, China, Nigeria. The Russian delegation was represented by the staff of the Moscow State University, NIIU “MEPhI”, the Finance University, MGIMO, RANEPA. Such selection is not accidental, because one of the practical consequences of the symposium is the creation of a consortium of higher educational institutions in the field of ethics. IRIAS acted as a partner of the symposium.

Opening the meeting, General director of the Institute of Economic Strategies of the Russian Academy of Sciences, Director Globethics.net Russia, Doctor of Economics, Professor A.I. Ageev dwelled on the problem of the digital transition and the resulting ethical challenges: “Every year we carefully study what is being discussed at the Davos Economic Forum, and for a whole year it defines the vision of the problems.

In 2017, the main risks that threaten humanity are, of course, the proliferation of weapons of mass destruction, migration, terrorism, cyber attacks, leakage and theft of data, the problem of food, water, man-made disasters and all kinds of conflicts. Eight of these risks are directly related to ethics, because it is ethics that predetermines both interstate conflicts and the level of unemployment, I’m not talking about anthropogenic catastrophes … We are now standing at the fork, which was also designated in Davos at the beginning of the year, four scenarios for the development of mankind . One scenario is a big mother, a big brother, everyone cares about each other, everyone trades. The difference between these scenarios is based on two criteria. The first criterion is what kind of ethics people will have: ecologically responsible, social or ethical of absolute egoism and absolute power.

Another difference between these scenarios is who will control the data that is now being generated thanks to the technical devices. Or it will be decentralized storage systems that do not allow someone to master data in their, say, malicious interests, or it will be data stored by some big brother or even a big mother. These are real serious challenges, and we understand the concern of the Davos community and, accordingly, global ethics. In fact, each person, companies, regions, countries and the whole world will have to make a choice – whether to follow, say, high ethical systems, dependent ethical systems or provincial ethical systems.

It is clear that each of them is represented in various secular and religious ethical approaches, but this choice is fundamental. For mankind, if it wants to survive in such conditions, it is extremely important that the so-called provincial, backward ethical communities are less or nonexistent. The terrorist group is a provincial ethical community built on enmity and aggression, on the destruction of everything, that is, in fact the difference goes between those ethical systems that are for life, and those that are for death. This is a very serious ethical choice.”

President of Globethics.net, professor of ethics and theology at the University of Basel (Switzerland) Christoph Stukelberger, who delivered a report “Promoting Value-Based Leadership” continued. He stressed that today the talk is about the long-term prospects of technology and ethics for 20-30 years ahead, this is the future of our world: “The behavior and activities of the majority of leaders are due to the education received. To teach people to think comprehensively and use a holistic approach, ethics should be taught in universities. It should be noted that there are many reputational problems in organizations, and we must work with such organizations to avoid this. Many organizations seek to resolve moral problems in order to meet high academic standards. Today, the competition in the education market is very large, new private universities are opening. It would seem that marketing education helps to improve its quality, but it’s not. Rivalry between universities, the desire to attract as many students as possible negatively affects morality.”

Professor Kui Vantian talked about Kindom business college (China), whose main goal is to solve the ethical dilemma: how to harmonize faith, morality and business in modern realities?

According to the director of the Institute for International Economic Relations Studies of the Finance University under the Government of the Russian Federation, Doctor of Economics, Professor V.V. Pereskaya, education is the realization of ideological reforms in the world community and one of the forms of global global regulation: “In countries where education has not yet lost the function of upbringing, in countries where it is possible to restrain the process of demoralizing social development, the educational process has an educational function. In countries where education has become an exclusively public service that is being paid for, there is a lifting of the limits of permissibility, the process of formation or degradation of the individual is progressing. For example, in Europe, particularly in Germany, a bet on sexual emancipation is made: it is believed that parents can not somehow restrict children when they reach the age of fourteen. They do not read notations, otherwise juvenile justice comes into force. This does not contribute to the formation of a family as a social unit. As a result of a frontal attack on our future, undertaken by leading world experts in the field of social sciences and behavioral engineering, the moral foundations of society have collapsed, we live in an environment of morally indifferent irrationality. Do not doubt, all the significant events in public life over the past half century from the “new left”, Water Gate, Vietnam and Pentagon papers to dirty, disgusting, immoral hippies, anti-war movement and counterculture of rock and drugs are carefully prepared projects of social engineering. , which today is called globalization, is an ideology of governance. “

President of the International Institute Pitirim Sorokin – Nikolai Kondratiev, Doctor of Economics, Professor, Academician of the Russian Academy of Natural Sciences Yu.V. Yakovets in his report examined the system of civilizational values ​​in ethical education and the upbringing of a new generation. He noted that the civilizational genotype is transmitted through generations and the collective interaction of society. Civilizational ethics is the core on which motivational activity and the future of mankind are held. Yu.V. Yakovets singled out the following sections of ethics that should guide society: humanistic ethics, environmental ethics, innovative ethics, economic ethics, socio-cultural ethics, geopolitical ethics. The speaker also stressed that the state should control the “ethical market”.

Professor Ike Obiora, Executive Director of Globeethics.net, expressed the opinion that it is extremely important to maintain the traditions of education. Recent changes are connected with the rapid development of the Internet. There is a deformation of the old and the formation of new values ​​that develop through society and communication. According to A.Obiory, people stopped making meaningful decisions, they became “like zombies”. The main characteristic of decisions is revolutionary. Ethical solutions are designed to change people and the world.

In the opinion of Associate Professor of the Institute of Law and National Security of the Russian Academy of Sciences, Senior Researcher of the Political Science Department of the Financial University under the Government of the Russian Federation, Candidate of Philosophy P.A. Shashkina, the crisis of civilization – thesis is controversial, civilizations are born and die. Humanity should not reproduce them, because this is a natural process. The main goal – the desire for the future, for new civilizations, which have their own characteristics and distinctive features. The world has become heterogeneous, with different values, sometimes not always true, sometimes coming from the West. The product of education and education, said P.A. Shashkina, the principles of democracy, freedom, solidarity and legal society should become.

The Russian University of Peoples’ Friendship, which was represented at the symposium by the senior lecturer of the Department of Management of the Economics Department of the Peoples Friendship University of Russia. Kiyaschuk and associate professor of the department of management of the economic faculty of the Peoples’ Friendship University of Russia, candidate of psychological sciences Т.V. Kiyashchuk, half a century forms the world elite. In their opinion, the modern labor market poses a number of problems in training managers. For example, the rapid change of professions, the need for several foreign languages ​​and the lack of clear criteria. Nevertheless, the main criterion, according to AA. Kiyashchuk and T.V. Kiyaschuk, is the preparation of future cadres on the basis of universal human values. For this purpose, PFURs have developed codes of honor that are designed to uphold morality and morality among both students and teachers.

Foreign participants of the symposium, representing 14 universities from ten countries, the total number of students and teachers of which is 700 thousand people, supported the establishment of global ethics and common values. They talked about the need to develop the consciousness of people, to support them and give recommendations to those who need it, prompting for actions aimed at changing their own lives.

During the work of the International Symposium “Ethics in Higher Education”, a theoretical and practical basis was created to stimulate changes in society and to strengthen the importance of ethical principles in the life of each person. 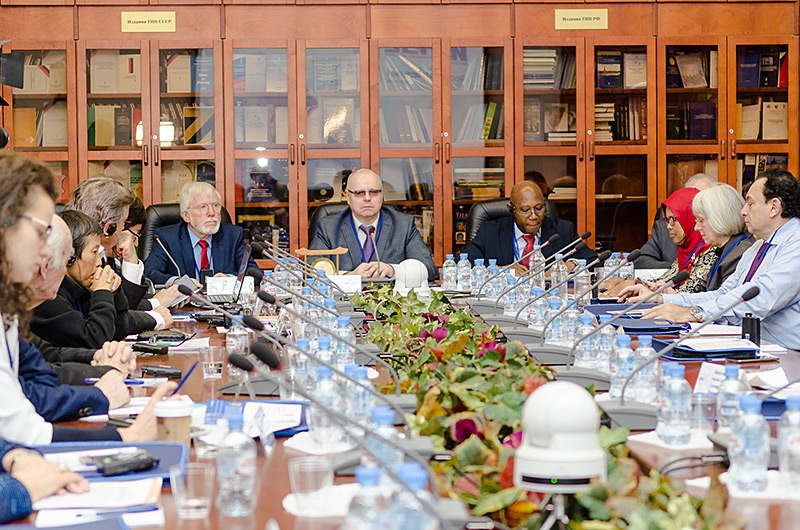 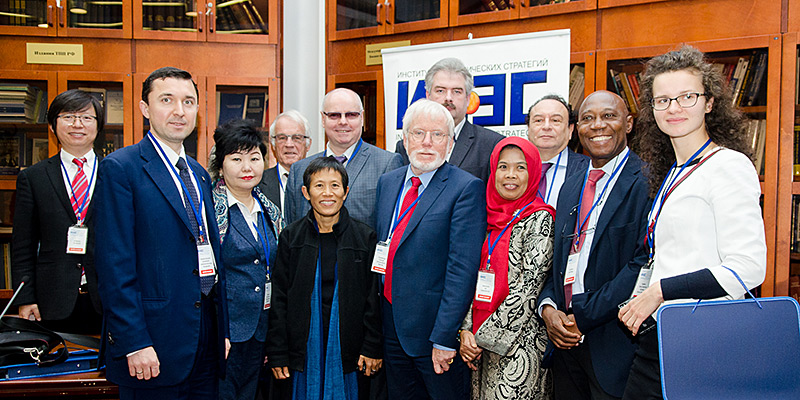