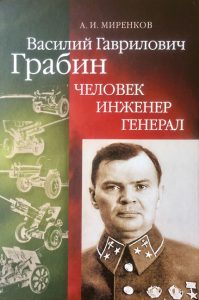 With the support of the International Research Institute for Advanced Systems the book “Vasily Gavrilovich Grabin: man, engineer, general” was published under the Director’s editorship of the Center of management problems in terms of war and peace by V.A. Zolotarev.

The Great Patriotic War of 1941-1945. is rightly considered a key event in the military history of Russia in the 20th century. The victory in this war is inseparably linked with the names of outstanding Soviet commanders Marshals G.K. Zhukova, A.M. Vasilevsky, K.K. Rokossovsky and their combat companions, but it would hardly have been possible without weapons and military equipment created by a galaxy of remarkable domestic designers. It is no accident that many samples of Soviet weapons have become unique symbols of the Victory, decorating numerous monuments and memorial complexes. Most often on the pedestals were the development of an outstanding Soviet artillery armament designer Vasily Gavrilovich Grabin.

More in section “Publications” on the official website of the IRIAS.